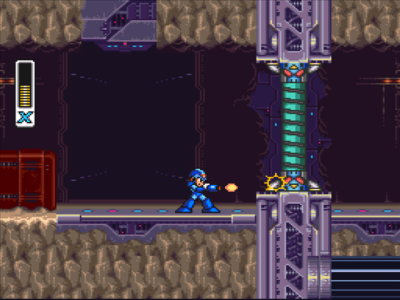 You know, I’m starting to see why Megaman has faded into obscurity over the years, and that’s because he’s a one trick pony. Beat the robot masters, get their powers, fight the main bad guy, rinse and repeat. There are only so many ways you can do the same thing over and over again before it starts to get stale. But while Mario managed to keep his formula fresh and engaging over the years (at least up until the Galaxy games, at which point they officially ran out of ideas), Megaman has begun to feel increasingly repetitive by the SNES era.

Megaman 1 was a decent game, and established the basic formula all of the future games would follow. Megaman 2 fixed what was wrong with the first game, expanded upon what it did right, and took it to the next level, and was a truly stellar sequel.

Then we had Megaman 3 and 4. These were two sequels that tried, and ultimately failed, to recreate what made Megaman 2 so good and so fun, but they were at least trying, added innovations of their own, and were pretty good in their own right.

Then we had Megaman 5 and 6. It was at this point that it feels like the developers just gave up, and decided to drive the formula into the ground with copy and paste sequels. Sequels that added virtually nothing new to the table, and just felt incredibly derivative and soulless.

Then we had Megaman X, a decent game that revitalized the series by taking the established formula and reinventing it with something new and creative. It wasn’t perfect, but it was a pretty excellent revival, and built the potential for something truly great.

And then we had Megaman X2. Would this be like Megaman 2, a sequel that would fix what was wrong with the first game, expand upon what it did right, and take it to the next level? Or would it be a copy and paste sequel that added virtually nothing new to the table, and just felt derivative and soulless?

Based on the fact that nobody ever really talks about Megaman X2 anymore, and the cynical opening paragraph of this review, you can probably guess which one.

Megaman X2 is not a bad game. But it’s undermined by the fact that everything it does well, Megaman X did just as well, and in many cases better. While there were moments of enjoyment in X2, most of the time I just felt that I would rather go back and play the first game again.

And what is truly disappointing is just how quickly the X series gave up. While the classic Megaman games were rather repetitive, they didn’t start to feel truly derivative until the fifth game. With the X games, they started shamelessly rehashing the formula after only one game, not even attempting to aspire to anything greater.

While Megaman X2 does many things well, the original did those same things better, and it didn’t even fix any of the things that were wrong with the first game. It’s a wasted opportunity, and it’s a waste of time.